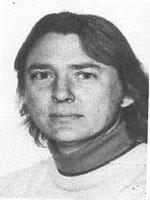 Kenneth Maurice Johnson, Jr. is a native of Houston, Texas who is known for his contributions to the behavioral and biochemical mechanisms of cannabinoids, cocaine, and particularly phencyclidine (PCP). After earning his B.S. in biology and teaching high school physical science for two years, he started his graduate studies in the Department of Biophysical Sciences at the University of Houston in 1969 and finished his Ph.D. work in 1974. His early work on cannabinoids led to his work on “angel dust” (phencyclidine, or PCP) and its interaction with the N-methyl-D-aspartate (NMDA) glutamate receptor subtype, for which he is best known. This work, carried out at the University of Texas Medical Branch at Galveston, as well as his work on cocaine analogs, has been cited over 7500 times, making him one of most cited pharmacologists in the world. During his tenure at UTMB he served as the Graduate Program Director, in Pharmacology & Toxicology (PHTO) in three terms (1985-1989, 1996-1999, and 2002-2016). During this time, 58 students completed the Ph.D. program. Fourteen graduate students received the Ph.D. under Dr. Johnson’s tutelage, and twelve postdoctoral fellows received additional training in his laboratory. 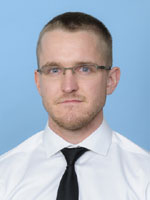 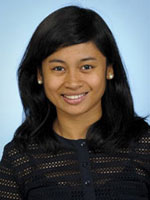 "Safety of seafood harvested from the Gulf of Mexico has been a primary concern since the 2010 Deepwater Horizon (DWH) oil spill. Polycyclic aromatic hydrocarbons (PAHs) in crude oil have the potential to bioaccumulate in seafood rendering consumers vulnerable to adverse health effects. Alkylated petrogenic PAHs that are abundant in crude oil can be more potent activators of the Aryl Hydrocarbon Receptor (AhR) which mediates the formation of toxic PAH metabolites. Despite this knowledge, biomonitoring protocols applied after the DWH oil spill were predicated on pyrogenic PAHs which are commonly produced through combustion processes that are not reflective of petrogenic PAHs in crude oil. My research focused on the identification of bioactive petrogenic PAHs and differentially expressed microRNAs in human plasma samples that can be used as biomarkers of exposure and effect, respectively, following exposures to crude oil-contaminated seafood. The development of novel PAH biomonitoring methods will lend scientific support to toxicological risk assessments and management of human exposures to harmful PAHs, particularly in large-scale environmental disasters" 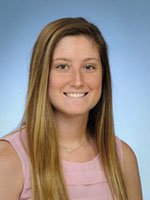 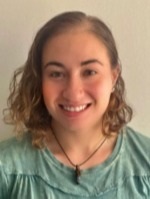 "I am a rising second-year working in the Center for Addiction Research under Dr. Kathryn Cunningham. I am interested in the neural mechanisms underlying substance abuse disorders and various psychiatric disorders.” 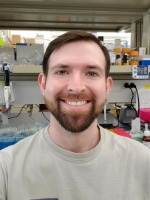 "My research is focused on exploring the signaling mechanisms of orphan G-protein coupled receptors, primarily GPR52, and the structure-based design and pharmacological evaluation of novel GPCR agonists for the treatment of neuropsychiatric disorders." 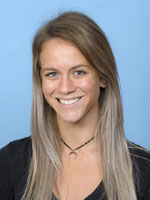 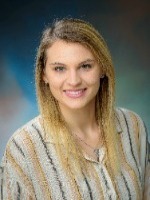 "I joined the Pharmacology and Toxicology graduate program in 2019 and currently serve as the President of the Pharmacology and Toxicology Student Organization. I am conducting my dissertation studies in the Center for Addiction Research under the mentorship of Dr. Kathryn Cunningham. My current research involves elucidating epigenetic mechanisms implicated in substance use disorders and characterizing novel compounds that are being developed as   therapeutics for substance use disorders. In the future, I would like to further our   understanding of psychedelics to unlock their full therapeutic potential in treating neuropsychiatric disorders." 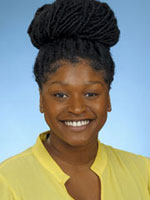 "I am a fourth year PhD candidate in Dr. Rakez Kayed's laboratory located in the Mitchell Center for Neurodegenerative Disease. My project is centered on characterizing an immunotherapeutic approach target toxic proteinaceous aggregates in neurodegenerative diseases, specifically Parkinson's disease and Dementia with Lewy Bodies." 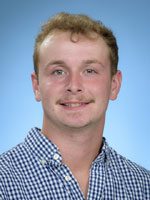 Biography:
Tim earned his B.S. in Biochemistry from Baylor University in May of 2020. At Baylor, he worked as an undergraduate researcher with Dr. Mary Lynn Trawick. Following his graduation, Tim joined the Pharmacology and Toxicology Graduate Program at the University of Texas Medical Branch. He is currently in his first semester of the BBSC and in the process of seeking a mentor for his dissertation work.

Research Highlight:
Tim’s undergraduate research involved the investigation of the biological and biochemical effects of an array of anti-mitotic tubulin-binding compounds. The dynamic polymerization of tubulin into microtubules is essential for cellular proliferation, migration and invasion. The therapeutic application of compounds that target tubulin and inhibit its ability to polymerize represents a well-established area of focus for new anticancer agents in terms of suppressing the growth and proliferation of tumors. Two compounds of interest, OXi8006 and KGP18, target β-tubulin at the colchicine binding site and have exhibited cytotoxic effects on cancer cells. The high potency and dual mechanism of action make them promising lead compounds for prodrug development, and Tim’s research focused on screening these compounds along with several derivatives on the A549 lung cancer cell line.

Biography:
Madison earned her B.S. in Biology with a minor in Chemistry from the University of Houston in 2018. She began pursuing her PhD with the University of Texas Medical Branch’s Department of Pharmacology and Toxicology in 2019, where she joined Dr. Casey Wright’s laboratory.  She currently serves as Vice President of the Pharmacology and Toxicology Student Organization. In her free time, Madison enjoys playing with her dog, going to the beach, and doing yoga.

Research Highlight:
Mass production of acrolein, combined with its presence in cigarette smoke and e-cigarette aerosols has resulted in acrolein being identified as a chemical of interest by the Department of Homeland Security’s Chemical Facility Anti-terrorism Standards program. Acrolein has been shown to possess both immunosuppressive and carcinogenic effects, yet these mechanisms of toxicity have so far been poorly defined. Madison’s research is oriented towards uncovering how inhaled acrolein activates the aryl hydrocarbon receptor (AhR) signaling pathway in pulmonary macrophages so that medical countermeasures may be developed.

Biography:
Amy earned her B.S. in Forensic and Investigative Sciences from Texas A&M University in 2017. After graduating she joined the Pharmacology and Toxicology Graduate program at the University of Texas Medical Branch. She joined Dr. Casey Wright’s laboratory in 2018 and was awarded a predoctoral position on the NIEHS Environmental Toxicology T32 training program. Amy has been actively involved in leadership positions around campus. She has been the Secretary and Vice-President of the graduate student organization and is the current President of the Pharmacology and Toxicology Student Organization. Outside of science she enjoys cooking, reading, and listening to podcasts.

Research Highlight:
According to the World Health Organization, 4.2 million deaths occur every year as a result of exposure to fine particulate matter, and 23% of all estimated global deaths are linked to the environment. The immune system plays a key role in responding to foreign antigens and protect the body from detrimental effects during toxicant exposure. Amy’s dissertation work will focus on investigating the regulatory paradigm of two alternatively spliced isoforms of the aryl hydrocarbon receptor nuclear translocator (ARNT) in controlling the signaling of the crucial transcription factor involved in mediating toxicant exposure, the aryl hydrocarbon receptor (AhR) in the immune system. She believes this work will provide critical information into AhR-ARNT signaling in the immune system for the goal of targeting ARNT for therapeutic intervention of autoimmune diseases.