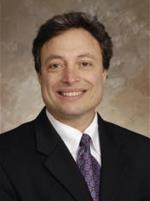 John Pulvino received his Bachelor of Science degree from North Texas State University in 1980 and a degree in Physician Assistant Studies from The University of Texas Medical Branch in 1985. After working as a PA in a rural clinic in Trinity for one year he started his career in corrections in 1986 at the Eastham unit. He practiced at the Eastham unit until 1988 when he transferred to the Walls unit and began performing administrative projects for the TDCJ Health Services Division. In 1989 he became the first full time transfer coordinator for patients with special needs, which was the precursor for today's utilization management department including infirmary bed and off site patient management.

During the transition to Correctional Managed Care in 1993-1994, Pulvino was chosen as the Health Services Liaison and assisted with TDCJ / CMC transition issues. He was later chosen as the clinical systems coordinator and was involved in the development of the first global clinical assessment project for inmate patients. John currently serves CMC as the senior director of quality and outcomes and is tasked with further refining patient outcomes measurement, developing a system wide quality program and developing case management processes for high risk patients.
Navigate
Explore UTMB