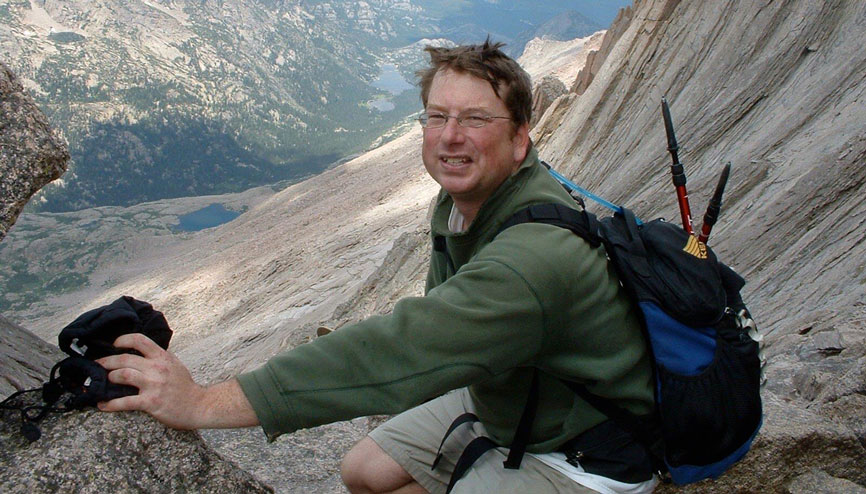 “ To honor his memory, we’re creating a special summer program for a high school student to write about science and research, as Jim did. ”

Jim Kelly was a storyteller. Whether he was explaining the importance of a scientific study or his latest effort to determine the acidity of the dirt in his backyard, Jim always kept it interesting.

Jim was a science writer. His job was to write about research advances at UTMB. But Jim was kind of a complex guy — in a good way. He was a guy who was fully engaged with life and determined to experience as much as he could. He climbed mountains in South America. He delighted in hiking with his friends in New Mexico. His thirst for knowledge went beyond the laboratories at UTMB.

His mother said that Jim intended to someday return to Florida. In the meantime, Galveston was home and he loved it and the people that he found on the island.

You might have seen Jim somewhere on the Strand, talking about politics, science and love — sometimes all in the same sentence. Jim was quick with a quip, throwing out what might be a groaner and he would wait to see how others absorbed what he had just said. As he waited, a sly, although sometimes goofy, grin grew on his face. Then the laughter. Full-throttled laughter that was infectious. And sometimes what he said wasn’t even that funny. But it was Jim, enjoying Galveston and his friends.

At UTMB, Jim was invaluable with his broad knowledge of science, research and his ability to take a complex topic and write about it in a way that even I understood it. For an old newsman-turned-PR-guy like me, I especially valued Jim’s nose for research news. So I’d see him in his cubicle wearing headphones as he transcribed an interview. His computer screen would be displaying some incomprehensible chemical sequence (I think) as Jim scribbled notes, all the while oblivious that he was late for a meeting or that his phone had been ringing.

Of late Jim had become engrossed with the works of Elmore Leonard and would voraciously read a book and pass it along to friends so that he could then discuss the merits of the writing, the plausibility of the plot and the development of the characters.

Outside the office, Jim’s circle of friends included artists, neighbors, scientists, doctors, kayaking enthusiasts and just anyone who took the time to know Jim. His reading tastes were eclectic, ranging from politics and history to space exploration. His passion for sharing information and telling stories was contagious, his good friend, Krishna Narayanan, explained.

“Interestingly, his ability to go off on a long tangent in the middle of a story was also legendary and his friends always ‘waited’ for him to tie it all together in the end,” said Krishna, a senior researcher at UTMB.

Jim died unexpectedly on Aug. 27, 2013. We miss his stories. To honor his memory, we’re creating a special summer program for a high school student to write about science and research, as Jim did.

Who knows; maybe our program will help us find another great storyteller.

Reyes, director of media relations at UTMB Health, is one of a team of colleagues and friends who continue to cherish Jim’s memory.

To contribute to the James Perry Kelly Memorial Scholarship Fund:

You may also donate by calling 866-246-0663. Make sure to say the gift is for the James Perry Kelly Memorial Scholarship Fund.

To make a donation by mail, send your check, made out to the James Perry Kelly Memorial Scholarship Fund, to:

The James Perry Kelly Science Writing Internship is a hands-on opportunity for a high school student from the greater Galveston County/Houston area to experience the day-to-day life of a science writer. The eight-week paid internship provides the student with opportunities to speak to scientists, learn about research projects and produce engaging content. One applicant per summer will be selected. 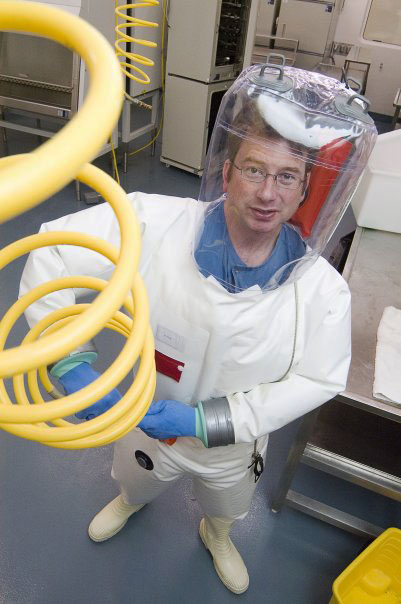